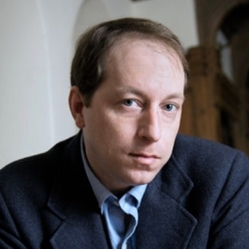 Michael Hattem is the Producer and co-creator of The JuntoCast. He earned his PhD in early American history from Yale University in 2017 and has taught at Lang College at The New School and Knox College. He is now Associate Director of The Yale-New Haven Teachers Institute.

His first book, Past and Prologue: Politics and Memory in the American Revolution, which explores how the creation of “American history” played an important role in the coming of the Revolution and the origins of American national identity, will be published by Yale University Press in November 2020. In anticipation of the 250th anniversary of independence, he is currently working on a book about how the memory of the American Revolution has been contested in nineteenth- and twentieth-century political culture.

He has served as a contributor to numerous public history projects including “Hamilton: The Exhibition” and television series such as “The American Revolution.” He has also contributed to many online publications, including The Washington Post, the Journal of the American Revolution, and The Readex Report. He has also released a number of albums of original Americana songs under the name “National Steel” and is a long-suffering Arsenal supporter.